Why Safety Ambassadors Must Get Emotional 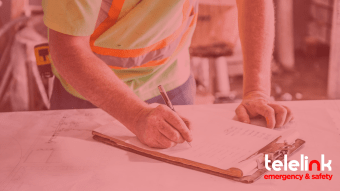 Imagine for a second you can't process fear.

Public speaking would be a piece of cake, and we would walk, not run, up the basement stairs after flicking off the lights.

At the same time, we might not think twice about eating puffer-fish sushi for a light snack or piggybacking on a Grizzly bear.

Thankfully, humans are hardwired to automatically respond to dangerous events in ways that best promote survival. At the sight or sound of a perceived harmful event, our bodies will trigger its fight-or-flight response, giving us increased strength and speed in anticipation of fighting or running. The same part of our brain that processes and reacts to fear is also responsible for a wide range of other emotional reactions including love, amusement, grief, shock, anxiety, and sadness to name a few.

Emotions are strong motivators, and in turn, drive action. It should come as no surprise then that emotion is used to influence behavior, and is one of the most effective tools in a marketer's tool box. Stimuli that elicit emotional responses are purposely used in advertising to motivate, persuade, and influence behavior.

For example, when Sarah McLachlan raised awareness and funds to combat animal cruelty, a commercial featuring an assortment of mistreated cats and dogs evoked feelings of empathy, outrage, guilt, and sadness. Paired with a strong call-to-action for pledges, this campaign helped raise over $30 million since its air-date, making it the ASPCA's most successful fundraising effort.

To borrow a line from Douglas Van Praet, marketers are architects of emotional reactions.

Diffusion is Distribution. Adoption is Buy-in.

Adoption is the Holy Grail, and like the Holy Grail, it can be elusive. In high-risk industries like Oil & Gas, Construction, and Mining, adoption of safety messages is paramount, but can be stifled by many forces including the "not me" fallacy; despite known safety risks, employees will still take shortcuts to save time, save money, or achieve some other ulterior goal.

Think about this in the context of your own life.

Have you ever not buckled your seat belt because you're only going down the road, or succumbed to the blinking red light on your cell phone to check a text while driving? After all, what if that text is cancelling the dinner you're en route to?

Pro Tip: Emotional Appeals are Powerful; Use Them to Your Advantage.

Safety messages are diffused every day in our organizations, but not always adopted. Because there are plenty of models and psych research to explain the mix of intrinsic and external motivators that influence adoption, I won't be discussing it here.

Instead, I'm advocating for the use of emotional appeals in your organization's safety messages and understanding the potential impact they could have.

Changing your team's mindset from "not me" to "it could be me", and ultimately motivating safe behaviors, starts with the right message. Think about how you feel when you hear emotional marketing messages and how those feelings affect your own behaviors and decisions. Just as you are moved to action by emotional appeals, so are your employees.

Next time you're preparing a safety message for your team, aim to strike a deep emotional chord.

For example, instead of asking employees to consider what could happen to them if a safety process isn't followed, ask what might happen if they weren't around to financially support their families, attend their child's graduation, or walk their daughter down the aisle at her wedding.

Thinking of ways to incorporate emotion in your messages can be difficult, especially if it's a new practice. To help get you started, check out some of my favorite examples of emotional advertisements below.