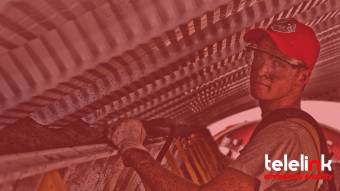 If we summarize it in a nutshell, Lone Worker legislation across North America requires companies and organizations to take measures to ensure the safety of their employees. But let's back up for a moment and look at how we got here.

In Canada, Bill C-45 of the Criminal Code requires organizations, and even individuals, to take all reasonable measures to protect employee safety.

Tragically, the infamous case in Canada that lead to Bill C-45 was an underground methane explosion at the Westray Mine in Nova Scotia on May 9, 1992. The explosion killed all 26 miners working underground at the time. The public inquiry and report that followed found the Mine was mismanaged, miners' safety was ignored, and poor oversight by government regulators led to the disaster.

As a result, two managers were charged with 26 counts of manslaughter and criminal negligence causing death. But there was a failure to prosecute them based on Canada's existing laws at the time, and the case was ultimately dropped.

In response to the Westray Mine disaster, the Federal government enacted Bill C-45, which became law in March 2004. The Bill established new legal duties for workplace health and safety and imposed serious penalties for violations that result in injuries or death, including 10 to 25 years imprisonment for individuals who are found criminally liable and a fine up to $100,000 for a summary conviction with no maximum fine for an indictable offense.

In the United States, it is OSHA 1915.84 that outlines lone worker regulations specifically. When employees work alone, such as in a confined space or isolated location, employers have to account for each employee throughout each shift at regular intervals and also at the end of the job assignment or work shift either by sight or by verbal communication.

There is a famous American case in 2010, where 21 janitors in California, and the U.S. Equal Employment Opportunity Commission (EEOC), filed suit against ABM for failure to protect their female janitors from sexual assault on the job. ABM is one of 15 American corporations to be sued three times by the Federal government for failing to protect their employees from sexual harassment at work. And female janitors, working in isolation or overnight are at higher risk for a violent attack. ABM settled out of court with a $5.8 million payout.

This video summarizes the legislation and employer accountability around Lone Worker safety.

When we hosted a webinar last on the topic of lone worker safety, there was a good question from one of our viewers. If you are a site owner, you may be wondering this as well:

Is a site owner responsible for the safety of contractors workers while they're working on site?

The short answer is yes. Site owners are ultimately criminally liable if a contractor on their site does not have lone worker procedures in place. What we recommend is that site owners require all contractors to include their Lone Worker procedures up front as part of the bidding process before any work begins.

Whether you own a site where workers operate in isolation or a company that employs Lone Workers, safety monitoring is one of the most important procedures for employers to put insurance in place, to operate in compliance with Federal legislation, and most of all to protect the safety of their employees working alone.